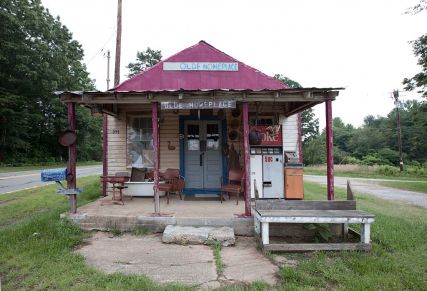 This is a post about generations, about how the lives of our parents were so much different from our own.

Visits to family roots are important, because it gives the younger generation a better understanding of where they have come from, who the folks were in  past generations. Many of us today take our advantages for granted: we have computers, smartphones, passports for travel, and the opportunity to move far beyond the confines of the city or town where we were born.

But it hasn’t always been that way. In the Middle Ages, people rarely left their villages, and there were no street signs pointing the way from village to village. If you left and went any great distance from home, you likely never found your way back. Those who traveled generally stayed wherever they landed.

It’s important to know your own family history if you are going to people your books with believable characters. Not that you have to include all of their history in the book, but that knowledge will help you to understand your character’s motivations.

My parents were poor, but they worked hard to give their children every opportunity for education and the social graces. We grew up not poor, on solid ground (I was unaware of how we struggled, thanks to Mom and Dad guarding us from that knowledge). And now, our children have grown up with the same opportunities and similar solid ground, but it’s important for them to know where the family started, and not that long ago. My father’s mother had to let two of her children leave the house and find their own ways as teenagers, because she couldn’t support four children on her own. She was married, but life circumstances forced her to raise the kids without her husband for a period in their life.

In turn, my father was the most devoted husband and father possible, even when life made separations inevitable, as it does when you’re in the U.S. Army. But his background made him who he is, and influenced my life and who I am, and my expectations of husband and family. I was molded by my parents’ lives and by the life they made for me as a child. I am who I am in large part because of them.

None of us lives in isolation. We all come from somewhere, and we either embrace that past or run from it or try to ignore it. But the past exists, and it influences who we are. When you are creating your characters, keep that in mind. Let something in their past dictate who they are today. Use that knowledge to give substance to your main characters.

Know who the characters are now, but also be aware of their past, and of generations before them. This will enrich your characterizations, and give you unexpected food for story. Try not to simply create the characters you need, but allow them to become. Nourish their past, and you’ll see amazing results as you write.