Meg Gardiner’s new book, The Shadow Tracer, has been receiving marvelous reviews this summer, deservedly so. Like her other books, this one is fast paced and riveting, with great pacing, wonderful characters, and a plot that twists and turns like a world-class roller coaster.

So why is it that I get irritated with some of the reviews of this book and others of hers?

Here’s one from Publishers Weekly about The Shadow Tracer: “Edgar-winner Gardiner’s second stand-alone (after Ransom River) boasts another of the strong female characters she’s known for and enough pulse-pounding action to satisfy the most avid thriller fan… packed with surprises and harrowing escapes.”

Here’s one from the Associated Press about Ransom River: “Rory is a fantastic protagonist. She’s smart, quick-thinking, fiercely loyal and resilient. She’s the sort of action hero you want to see in movies: She can take multiple hits, and they just make her stronger.”

And here’s another from Library Journal: “Fans of the crime thriller genre will appreciate the well-drawn characters who plumb the depths of humanity and will connect with the especially strong female lead who perseveres to get back up more times than she falls.”

Can you spot the common theme that irritates me? It’s the “strong female character” bit. Does anyone ever refer to male characters that way? Is Jack Reacher ever reviewed as a strong male character, or Adam Dalgliesh, or any other of the thousands of male protagonists?

Why is it that reviewers feel the need to point out the strength of Gardiner’s characters? True, the AP said that Rory is “smart, quick-thinking, fiercely loyal, and resilient.” Wonderful. “She’s the sort of action hero you want to see in movies.” Yes! But do we really need to know that she just gets stronger?

It’s as if, to be interesting to men, a woman has to be a strong character, versus a needy, fluffy, bon-bon-eating female. But that strong female must also be personable. Strong women characters get praised when they aren’t bitches, butch, unloveable, or unfeminine…that is,  when they counter the stereotype.

Think of strong women. Who do you picture, and what is your impression of them?

Nancy Reagan, ridiculed for her steely resolve and protective demeanor. 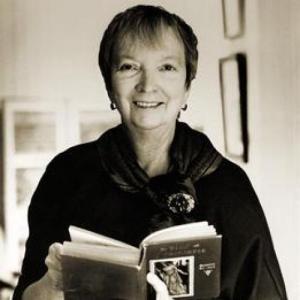 Each of these women were strong in their own way, and yet few people would immediately refer to their strength when describing them. Perhaps they would in the case of Nancy Reagan, but that strength would be mockable, something to set her apart from the more feminine women in her world. (The power of the Reagan family.)

If we don’t immediately think of actual women that way, why is it that female book characters are described in those terms?

“No one ever asks if a male character is ‘strong’. Nor if he’s ‘feisty,’ or ‘kick-ass”’come to that. The obvious thing to say here is that this is because he’s assumed to be ‘strong’ by default. Part of the patronising promise of the Strong Female Character is that she’s anomalous. ‘Don’t worry!’ that puff piece or interview is saying when it boasts the hero’s love interest is an SFC. ‘Of course, normal women are weak and boring and can’t do anything worthwhile. But this one is different. She is strong! See, she roundhouses people in the face.’ Sometimes the phrase ‘not your typical damsel in distress’ will be used, as if the writing of pop culture heroines had not moved on even slightly since Disney’s Snow White and as if a goodly percentage of SFCs did not end up, in fact, needing to be rescued.”

I agree with McDougall’s entire premise: we devalue women if we refer to them simply as strong. Do they not matter if they’re not strong, but have other glorious characteristics and traits?

“What do I want instead of a Strong Female Character?” asks McDougall. “I want a male:female character ratio of 1:1 instead of 3:1 on our screens. I want a wealth of complex female protagonists who can be either strong or weak or both or neither, because they are more than strength or weakness. Badass gunslingers and martial artists sure, but also interesting women who are shy and quiet and do, sometimes, put up with others’ shit because in real life there’s often no practical alternative. And besides heroines, I want to see women in as many and varied secondary and character roles as men: female sidekicks, mentors, comic relief, rivals, villains. I want not to be asked, when I try to sell a book about two girls, two boys and a genderless robot, if we couldn’t change one of those girls to a boy.”

I had a meeting of my current book club today, and present with me were 11 strong women. That’s not the first adjective I’d use for most of them, but it wouldn’t be wrong. They wouldn’t be living the life of an ex-pat in a foreign country if they weren’t strong. But that’s not what defines them in real life, so why should it be so in fiction, or movies?

One of the bravest and strongest women I know is my Mom, who at the age of 19 married and moved away from home to follow her Army husband around the world for the next 25 years, sometimes raising their five kids alone while Dad was off at war.

THAT is strength! Yet, that wouldn’t be the first, second, or even tenth adjective I’d use for Mom. It’s simply part and parcel of who she is, of how she has survived and flourished. Why should it be any different for female protagonists in fiction and movies?